I stopped blogging on my other blog, Suldog, about two weeks ago. It may end up being permanent, but will likely be an extended hiatus (and we all know how painful that can be.) Basically, I found myself with nothing new or interesting to say. What follows here will not change that.

I'm putting this out here because...

2) I'm interested in seeing how many of my readers will find this on their own without me directing them here from the other blog. I don't believe I've ever published anything here without also putting something at the other place to alert folks about it being here.

3) I have a re-run, from the other place, that I found enjoyable to re-read. Well, of course, I'm my number one fan, so that's no surprise, but maybe it will give somebody else some pleasure, too, so I'll fill some space here with it.

So, if you've somehow found me here, don't go blabbing about it. I really want to see how many hits this place will get from folks who just stumble upon it, or who visit it because they've had it loaded into their readers for ages, or who were scrolling down the sidebar at Suldog and said, "Whuh? He has another blog? Let me go over there and see if he's just as idiotic as he is here!" 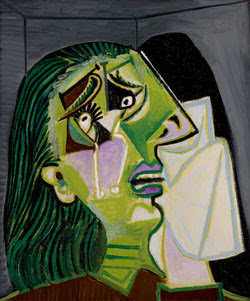 You know, today I was going to tell you about the time I was robbed while working at a gas station, but I just plain don’t feel like working that hard. Writing true stories involves actual effort. You have to start at the beginning and end at the ending and in between you have to remember details and all sorts of other things that REAL writers do. So, instead of that, I’m just going to make stuff up.

Well, not completely. I’m going to make up some stuff. And some of the stuff will be actual real true facts. It will be up to you to decide which is which. Or you can just believe all of it, if you’re really gullible; up to you.

Only about 1.6% of the water on Earth is fresh. Most of it is unusable for drinking, as it is frozen in the snow and ice at the poles and on the peaks of high mountains.

The female Bering Monkey gives birth to anywhere from one to six infants at a time. Anytime there is a litter of more than three, the male partner eats the rest. If the male is not present at the birth – if he has died or is otherwise not around – the mother monkey will eat all of them. If neither of the parents is present at the birth, the infants will eat themselves.

Picasso and the poet Max Jacob shared a bed when they were both rather poor. Jacob slept at night while Picasso worked, and Picasso slept during the day as Jacob worked at a novelty shop. When he awoke in the morning, Jacob often had to tread lightly on a floor covered in drawings. Later, as Picasso became famous, art experts removed Jacob’s footprints from many of Picasso’s drawings. Later still, they tried to put the footprints back on, but were unsuccessful.

The ancestors of the horse were only about a foot tall 60 million years ago. These creatures became extinct when humans tried to ride them and just basically flattened them into jelly.

The digestive juices of crocodiles contain so much hydrochloric acid that they have dissolved iron spearheads and six-inch steel hooks that the crocodiles have swallowed.

Crocodiles are notoriously stupid and have been known to swallow iron spearheads and six-inch steel hooks.

Elephants only sleep about two hours a day, while gorillas sleep about fourteen hours. This means that, twelve hours out of the day, the elephants could be robbing the gorillas blind.

According to the best fossil evidence, elephants, lions and camels roamed Alaska 12,000 years ago. Then they got smart and moved someplace warmer. This was bad news for gorillas, who sleep 14 hours a day and don’t know jack about burglar alarms. Of course, the ancestors of the camels were over twenty feet tall and ate an average of sixteen Eskimos a week. The lions were just lion around.

The skin of the human adult body weighs six pounds, except if it’s heavier.

There has never been a case of a person with a shoe size above 15 having an IQ above 106. And vice-versa.

The daughters of a mother who is colorblind and a father who has normal vision will have normal vision. The sons, however, will be colorblind. The children of these children, regardless of sex, will be either male or female and 98 percent of them will have at least two eyes.

Paper was invented in China about 105 A.D., by Ts’ai Lun, a eunuch. Well, sure why not? What the hell else did he have to do with his spare time?

Because of the story in Genesis that Eve had been created out of Adam’s rib, it was widely believed during the Middle Ages that men had one rib fewer than women. Of course, today we know that men have one rib more.

There are more than one hundred distinct ethnic groups in the regions that comprised the former Soviet Union. They all pretty much look like Russians, though, so who cares?

(Personally, I feel that every woman in America should heed this lesson well and think carefully before having sex with any young men. I would suggest that they play it safe and have sex with, oh, perhaps a fifty-year-old, just to be on the safe side.)

If you number fifteen sheets of paper “1” to “15”, and then tried to line them up in every possible arrangement – making a change a minute – it would take you 2,487,996 years to do it. Of course, in the same amount of time you could figure out the formula the NFL uses for its quarterback ratings. Maybe.

There are half-a-million more automobiles in Los Angeles than there are people. Four million, if you only count people with a soul.

In 1978, more than a thousand deer were killed in Connecticut by automobile drivers. Only 948 were killed by actual hunters. Of course, the hunters killed 27 drivers, too, so that should count for something.

Hailstones the size of Buicks once fell in DeBerg, Kansas. Fortunately, they did little damage because there’s no such place.

(Hah-Hah! Well, I certainly don't expect you to believe that one. What a whopper!) 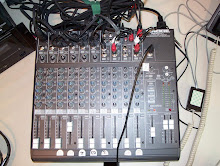